Richard Galli acts as “of counsel” to the firm in selected cases.

Before starting his own litigation law firm in 1991, Richard was a partner with more than 15 years of challenging experience at Adler Pollock & Sheehan, one of the region’s leading firms.

A litigation lawyer for more than a third of a century, Richard has legal skills and real-life experience that make him a valuable asset in the preparation, settlement or trial of any case involving spinal cord injury or paralysis resulting from any cause. Beyond that, he can help families cope with the unique challenges presented by spinal cord injury involving daily care giving, technology, and assistive devices.

Along with David Oliveira, Richard is available to handle spinal cord injury and paralysis cases as lead or trial counsel; or to act as co-counsel or to consult with other attorneys in Rhode Island or elsewhere. Firms wishing to handle paralysis cases rather than refer them are invited to call for assistance.

Richard has a unique connection to spinal cord (paralysis) victims, and a powerful reason to be interested in their cases.

In 1998, Richard’s 17-year-old son Jeff broke his neck in a swimming pool diving accident and nearly drowned. Richard and his wife Toby pulled Jeff from the pool, administered CPR, and saved his life, only to learn that Jeff had become a completely paralyzed quadriplegic at the highest possible level, unable to feel or move anything below his neck, and unable to breathe without mechanical assistance.

Since that time, Richard and his wife have been intimately involved in Jeff’s care-giving, his complex medical issues, and the unique problems — both trivial and life-threatening — that paralysis presents.

While in Atlanta helping Jeff begin rehabilitation at a spinal-specialty hospital, Richard drew on his writing talent and experience as a former newspaper journalist to begin Rescuing Jeffrey, a gripping memoir of the first ten days after the accident, and the decision whether to take Jeff off life support. The book was serialized in The Providence Journal; then published internationally; and was honored by New Mobility Magazine as one of the top ten books on the subject of disability. The book has been used as a resource in high school and college classes, as well as medical school. 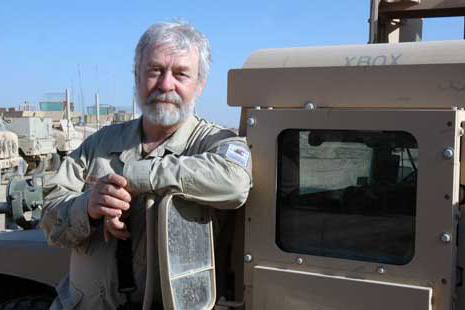 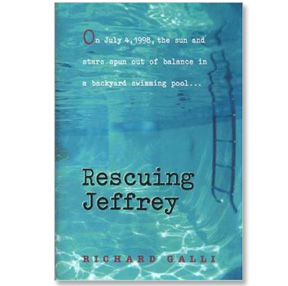 Through a voice as plain as that of a single-reed instrument, he achieves an emotional resonance that swells with symphonic intensity… a huge story unflinchingly told. — The New York Times Sunday Book Review